Are you a morning lark or night owl?

Have you ever wondered why some people hit the gym at 6:00am and others tell you they never go to sleep before midnight and prefer to sleep in until 10:00am or 11:00am? Why is it that some people love mornings, while others hate getting up? Which one is better for your body, anyway?

Are you an early-riser or an all-nighter? And which sleep-wake pattern is better for your body?

Have you ever wondered why some people hit the gym at 6:00am and others tell you they never go to sleep before midnight and prefer to sleep in until 10:00am or 11:00am?

Why is it that some people love mornings, while others hate getting up?

Sleep researchers utilize the term chronotype to refer to the usual time people retire in the evening and awaken in the morning.

Early risers are called “larks” and are more active in the morning, while those that sleep later and remain active past midnight are called “owls.”

The Science Behind Circadian Rhythm

Humans have a master time clock that resides in a portion of the brain called the suprachiasmatic nucleus (SCN) that reacts to light entering the eye. The SCN sends out neural signals that regulate body temperature, which fluctuates about one degree every 24 hours. It is the circadian rhythm of our body temperature that determines why we behave as a lark or an owl. Early risers achieve their peak temperature early in the day and rise quickly and then plateau, while a late riser’s temperature rises slowly during the day and peaks at night.

There is a genetic component to our chronotype (the way in which we sleep and wake), and it is estimated that more than half the population in industrialized societies may have circadian rhythms that are out of sync with the daily schedule they keep.

In addition, there are people at the extremes of the spectrum who have been diagnosed with a circadian rhythm sleep disorder defined as Advanced or Delayed Sleep Phase Syndrome, in which a person's sleep is off by two or more hours beyond the socially acceptable or conventional bedtime. This delay in falling asleep causes difficulty in waking up at the desired time. One important thing to do is to track how much sleep you are actually getting each night, so that you are aware of your overall patterns.

So, why is it important to understand your circadian rhythm?

Circadian rhythms are believed to affect a number of metabolic pathways. According to Theodore Bushnell, a neurologist at the University of Washington, many patients with circadian rhythm disorders caused by shift work (shift work may include work hours that start late and end early in the morning, such as 10:00pm to 6:00am) also develop gastrointestinal and metabolic disorders such as glucose intolerance, diabetes, and hypertension. Bipolar disorder and schizophrenia are commonly associated with abnormalities in circadian rhythms as well. It is known that the vast majority of patients with major depression have sleep abnormalities — either they sleep too much or have insomnia and can’t sleep at all.

Which Is Better For You? To Be a Lark or an Owl You might be wondering whether it is better to be a lark or an owl. It’s been suggested that because industrialized nations run on an 8:00am to 5:00pm schedule, larks should have an easier time conforming, while owls who are staying up late and have to get up early are chronically sleep deprived and develop a feeling termed “social jet lag.”

Whatever your chronotype, sleeping for 7 to 8 hours nightly is recommended for all adults.

While it is easy to distinguish between extreme larks and owls, there is no universally accepted standard used to differentiate the majority of people who fall somewhere in between lark and owl (i.e. sometimes may stay up late, sometimes may wake early). While we can not subjectively assess which is better, we will share some of our data which we found to be highly insightful.

What the SleepWatch Data Shows An anonymous sample of 11,741 people utilizing SleepWatch compared users behaving like owls (those that went to bed later) to users behaving like larks (those that went to bed earlier). Much, if not all, of these users automatically track sleep using their Apple Watch. We chose sleep start-time to determine whether a person exhibits more eveningness (owl) versus morningness (lark).

Interestingly, our data suggests that larks on average achieve better sleep. As the graphs will show, larks, on average, report waking up feeling more rested, exhibit greater sleep rhythm, and get more minutes of sleep.

Using the go-to-bed time as our marker for classification of owls and larks, here are some of the more insightful findings:

Early sleepers (larks) get on average 48 more minutes of sleep than late sleepers (owls). In this graph sleep minutes are on the up/down Y axis, while larks are on the left and owls are on the right. 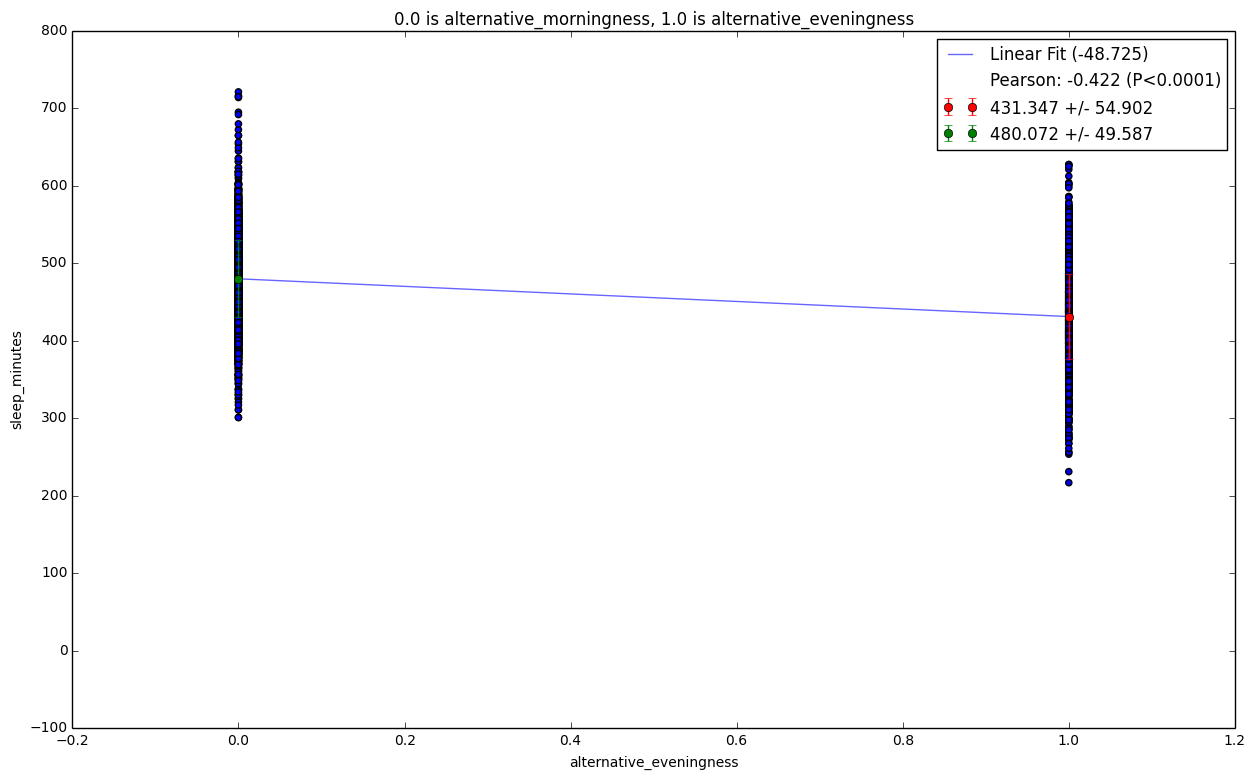 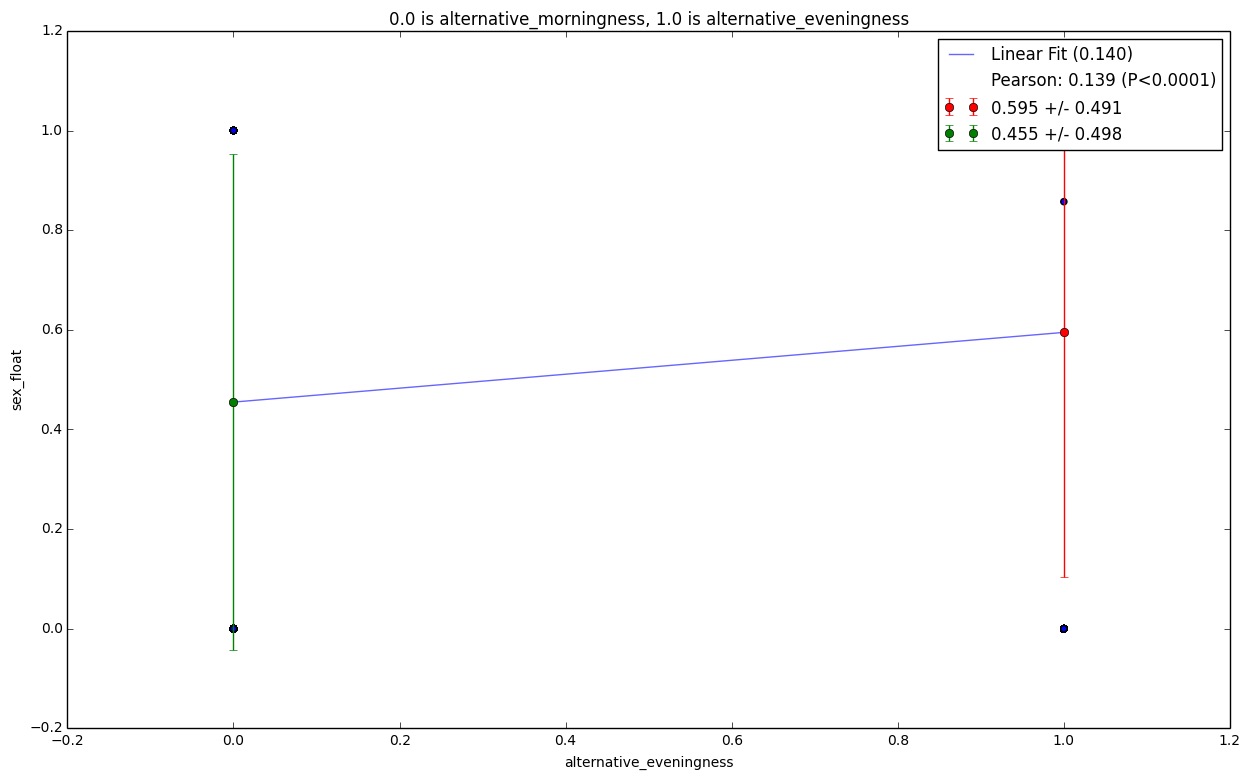 Lastly, we find that larks have about 7 percentage points greater sleep rhythm, which may be a major contributor to helping you get to sleep sooner and waking up feeling refreshed. In this graph, rhythm percentage is on the up/down Y axis, while larks are on the left and owls on the right. 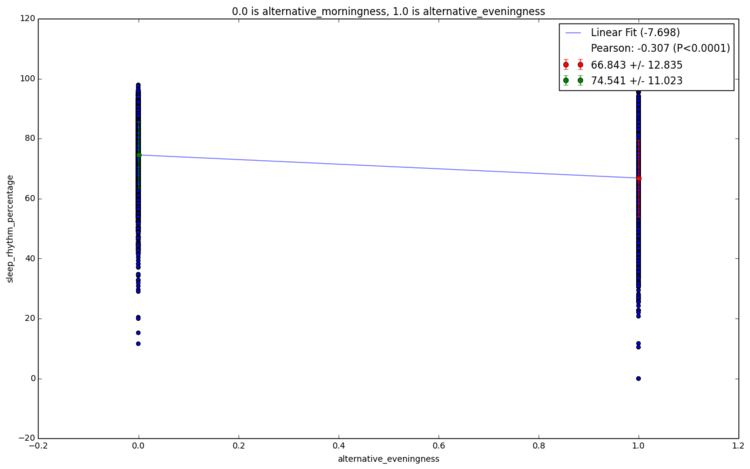 Those that go to bed earlier are 40% more likely to report feeling more rested upon waking. In this graph the higher on the up/down Y axis the more rested, while larks are on the left and owls on the right. 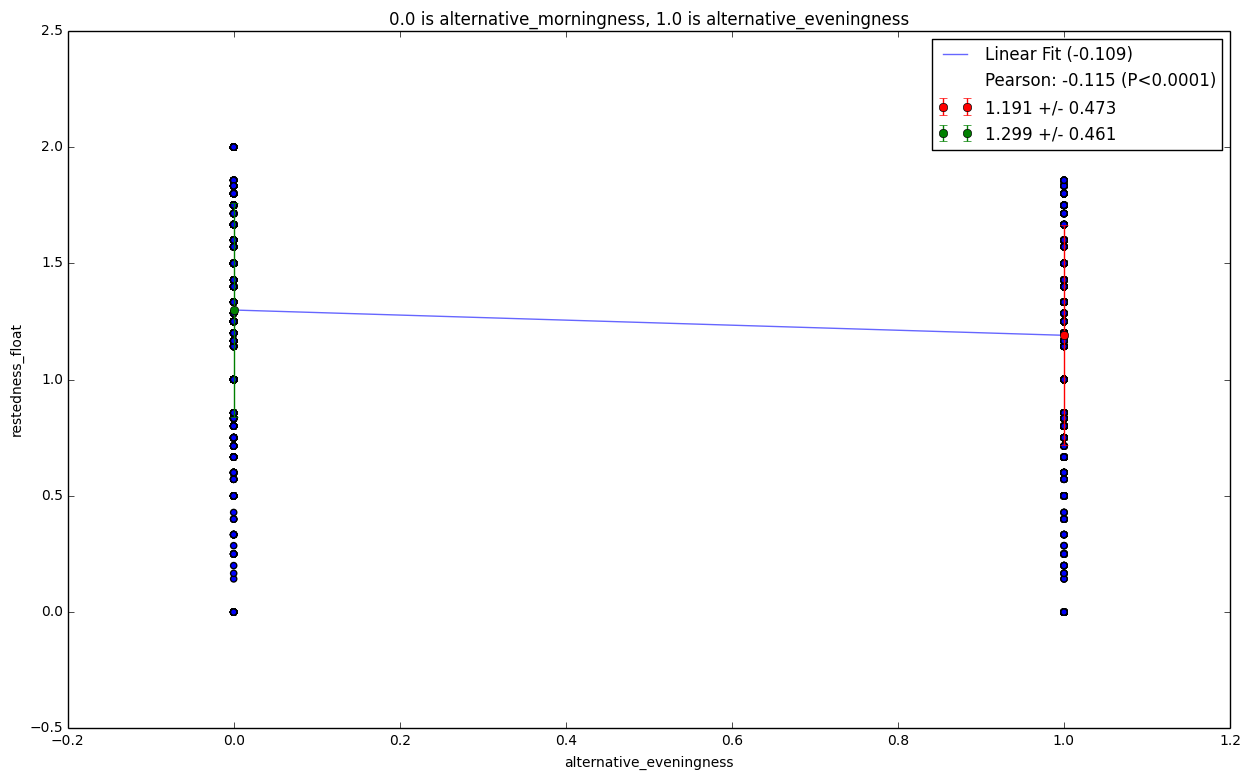 It is apparent that while we have a genetic predisposition to rise early or go to bed late, lifestyle demands (i.e. our work schedules, time commitments, and other activities, etc.) may get us out of sync with our intrinsic circadian rhythm.

Modern society is fast-paced and agenda driven. Sleep is what most of us compromise to get things done and to socialize. For many of us, the day begins with an alarm, which means we end up having less control over when we wake up.

If we look at the data through the lens of an agenda driven society, it is reasonable to assert that we have more control over what time we go to bed than when we wake up.

We encourage our users to take control of their evenings and develop an evening routine as described in our previous blog post for more restful sleep. Overall, we must learn to alter the things we can control to get those 7 to 8 hours we need for a healthy life. 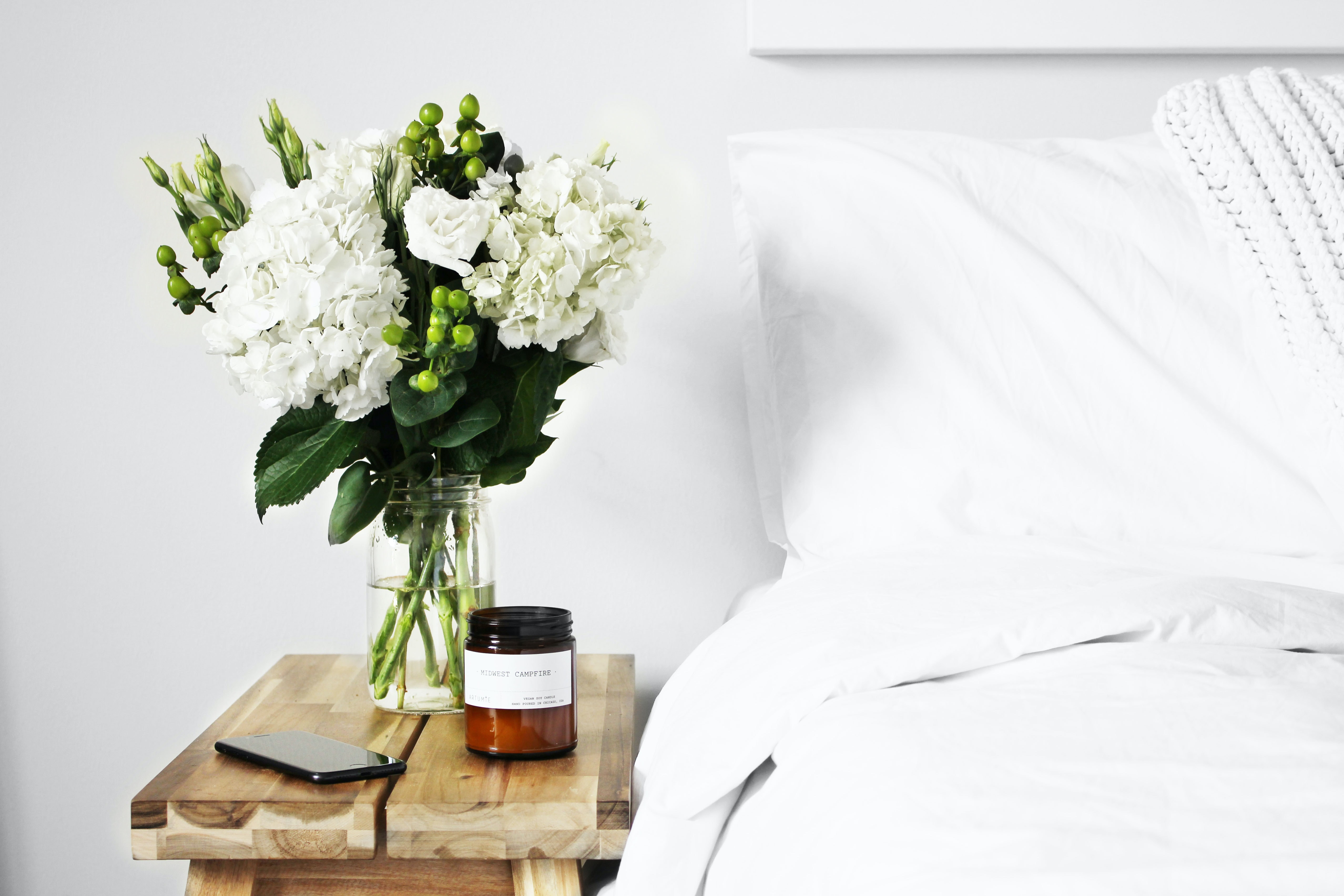 It is essential to create an environment that will allow you to get a restful ...
Read more 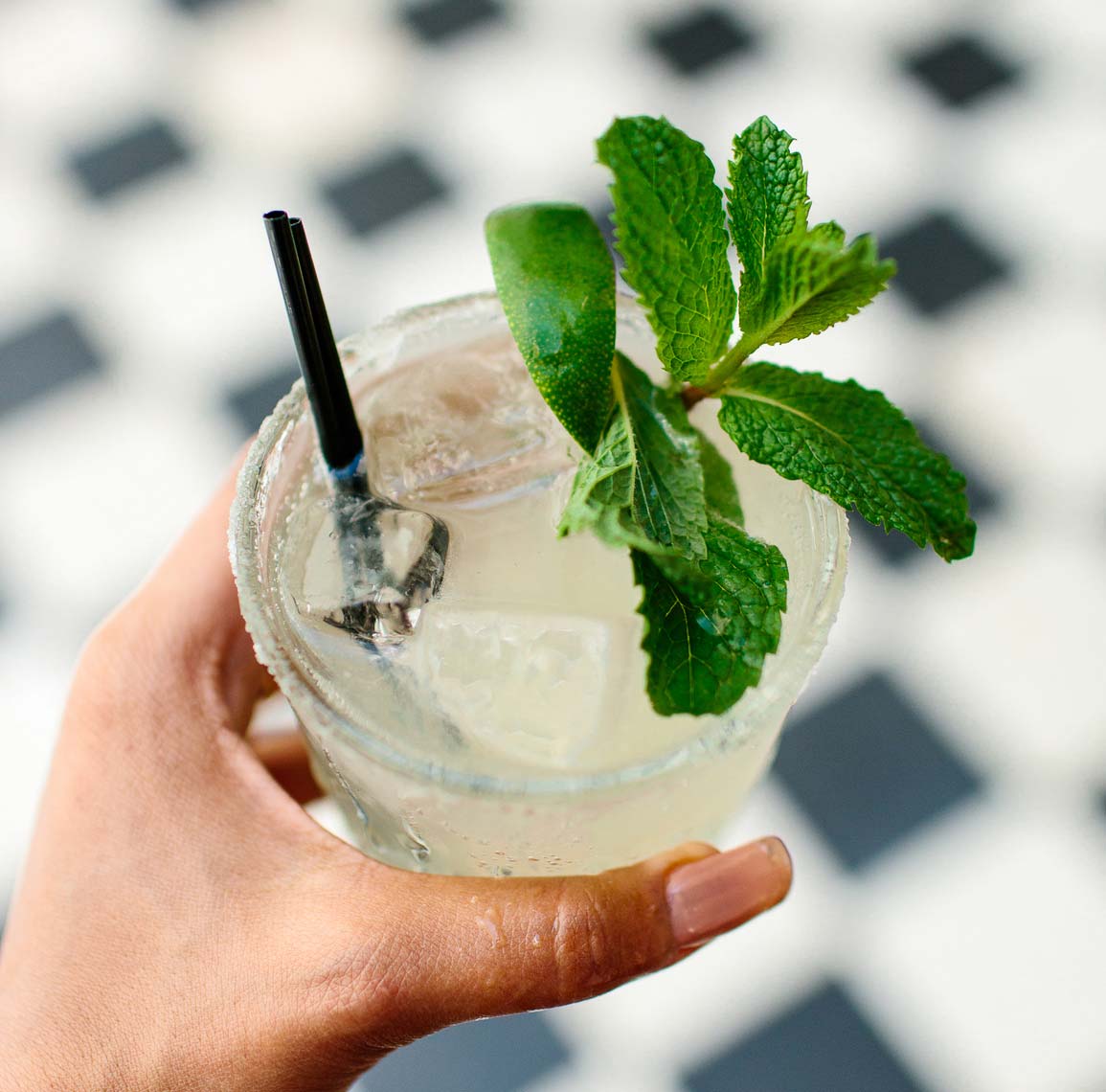 For years people have been under the impression a drink after work or a nightcap ...
Read more 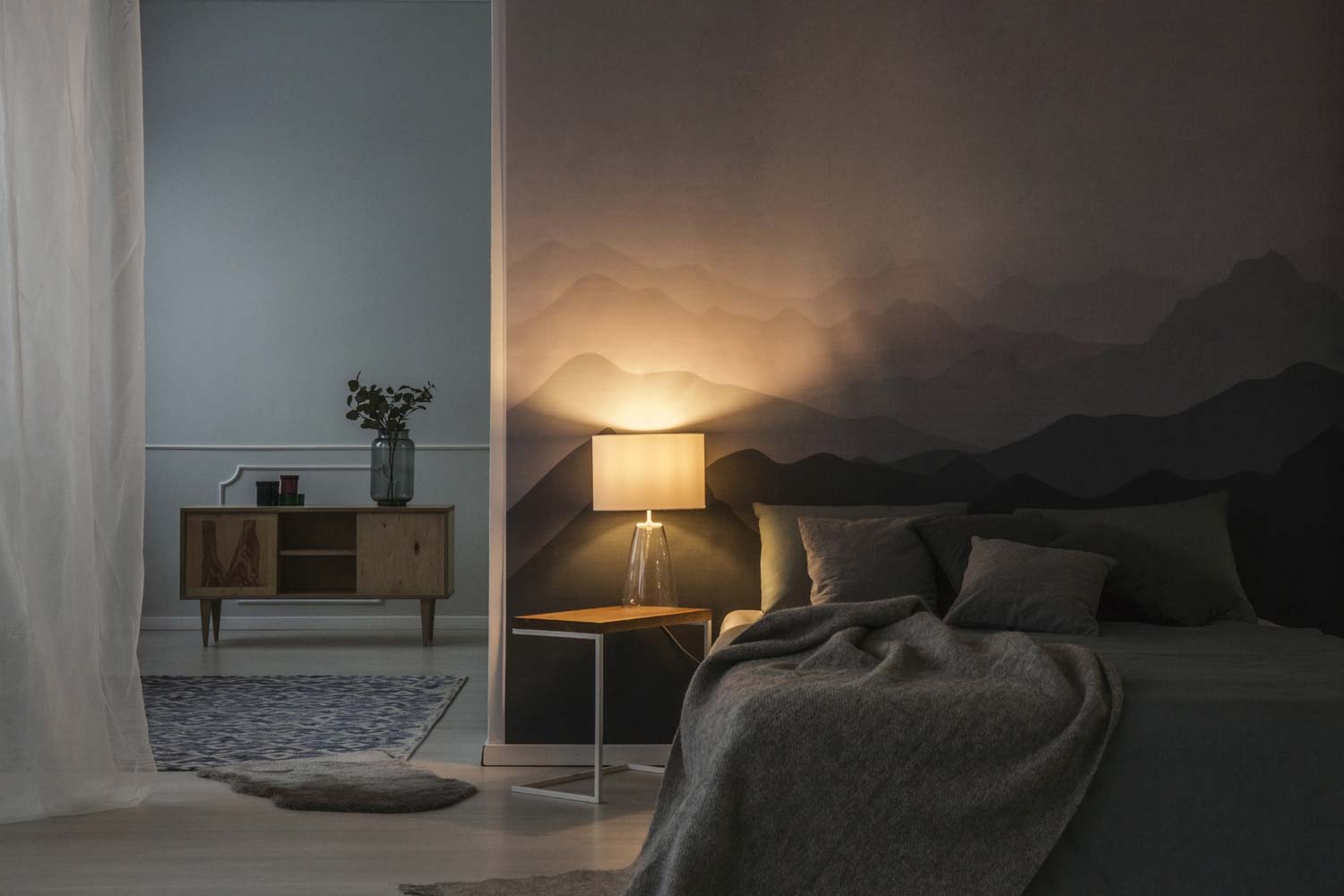 How to Sleep: Don't Be Afraid of the Dark

Did you get up this morning feeling somewhat-rested or not rested at all? Are you ...
Read more 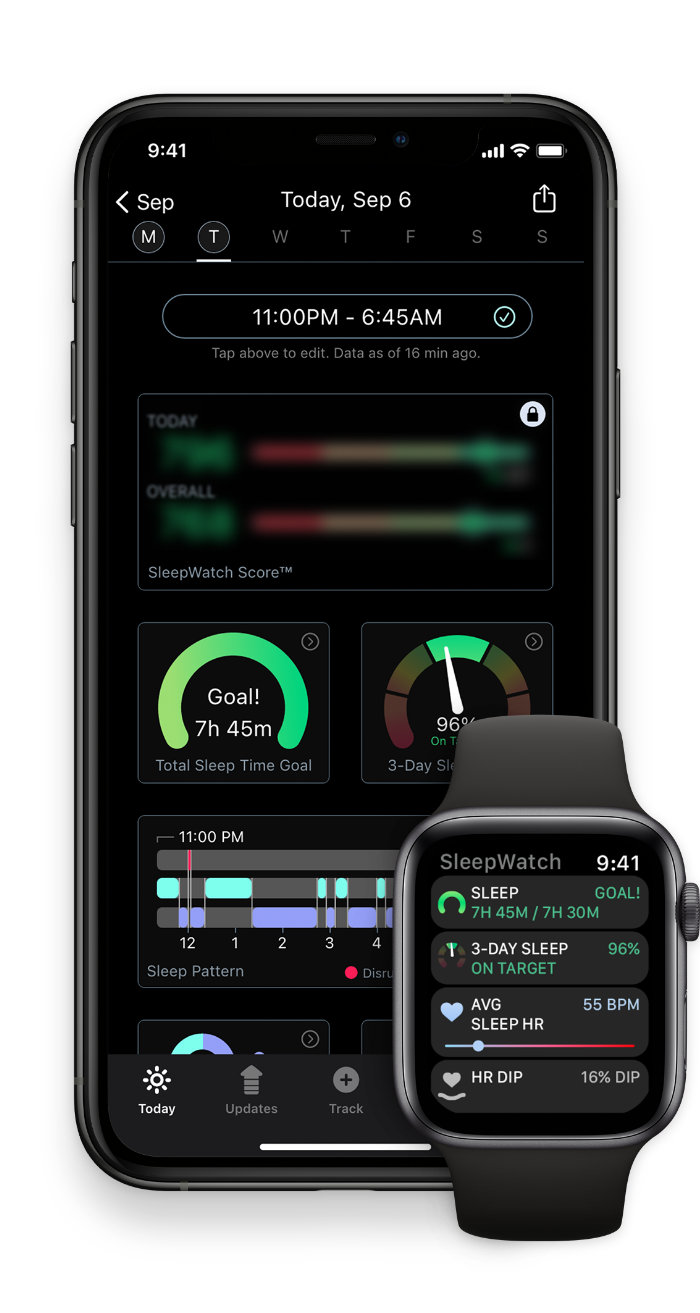